We are planning to restart our train services on Sunday 2nd August. Please see this page for more details.

Meanwhile, why not look at the archive images that we are posting?

As well as being a popular family attraction we have plenty to interest railway enthusiasts as well as anyone interested local and industrial history. We have a museum at our Hunslet Moor Road site, the 'Engine House', dedicated to our local engine making heritage and our historic line. 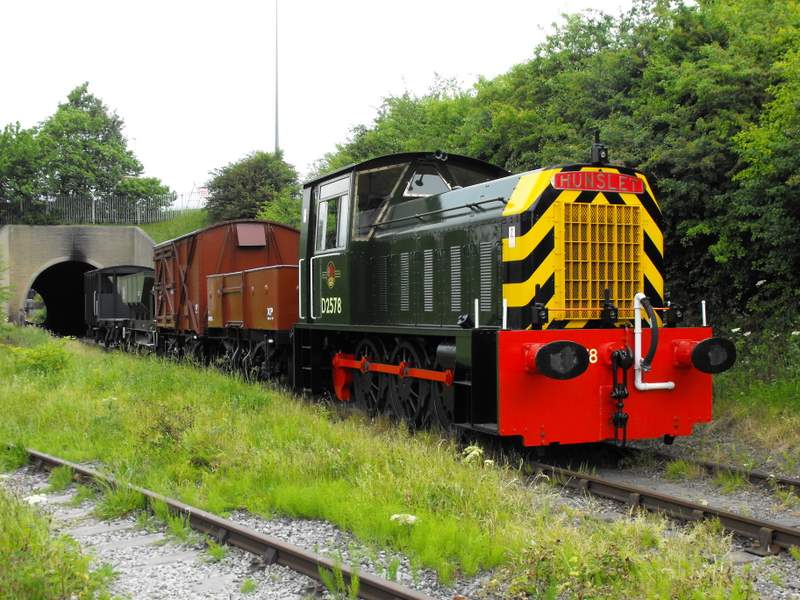 For our 2009 diesel gala we had a visiting Hunslet built 'Class 05' shunter, shown in the picture above. This was quite a celebration of the locally made shunters with three examples proudly bearing the Hunslet name working passenger and demonstration freight trains in the Hunslet area itself, as well as our own collection of Hudswell, Clarke & Co engines.

The now picturesque woodland of Middleton Park was once a hive of industry. Coal was initially extracted from pits that were little more than holes in the ground. Later horses were used to wind baskets of coal up by rope and later still steam engines were used to wind larger volumes of coal from beneath the ground. To this day remains of these early coal workings can still be seen in Middleton Park and it is worth stopping off at Park Halt for a visit.

Middleton is however over two miles from the centre of Leeds. Early waggonways had been built at Middleton and in 1758 the first act of parliament for the construction of a railway was granted to formally establish this important route in to Leeds. In 1812 the railway achieved another first, being the first line to successfully employ steam locomotives. Another first in 1960 saw the line become the first standard gauge railway to be taken over by railway enthusiast volunteers. Click on the link in the menu to read more about our history.

We have a large and varied collection of industrial locomotives dating from 1890 to 1980. Many of our locomotives were built by the local works in Hunslet a short distance from our Engine House. Click on the link in the menu to read more about our locos and stock.

The Middleton Railway has always been closely linked to the local engine making industry. The first series of industrial locomotives in the world were built in Leeds for use on our line. In Victorian times the line was re-equipped with engines from Manning Wardle, a manufacturer that is well represented in our operating fleet today. The line was also used on a number of occasions to test new locos.

Much more about this important part of our local history can be discovered in our Engine House. Since you are most likely sat in front of a computer or some such gadget on the internet right now you can learn about our local engine builders from the dedicated site www.leedsengine.info.

www.leedsengine.info contains histories of the Leeds engine making firms, details of what sights can still be seen around Leeds today and details of the books available on the subject. The site also has a database under construction that hopefully will eventually list all the 20,000+ engines built in Leeds, this database is most of the way there already.

Local works also had a dominant position in the worldwide supply of all sorts of other steam powered machinery. Information on these products is also available on the www.leedsengine.info site and our friends at Leeds and District Traction Engine Club often bring some of their traction engines, steam rollers and steam lorries along to our special events. The picture below shows John Fowler steam roller 'Eve' visiting a Middleton Railway gala in 2007 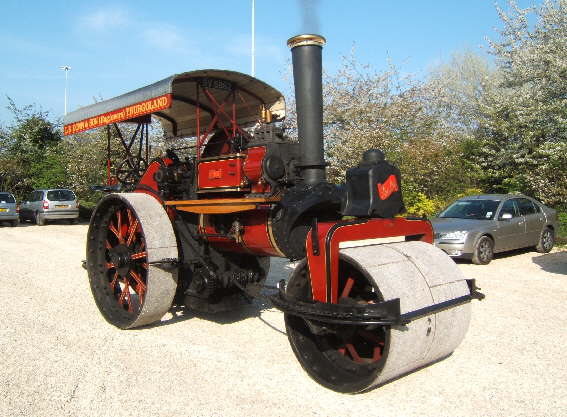 On the first Tuesday of each month we have a social evening in our Engine House starting at 7.30pm. These usually feature slide shows on subjects of interest to our members. Anyone is welcome to attend and these events are free, refreshments are available to buy from our shop during the intermission.

Though hopefully that's plenty of reading for you to be getting on with we do have some publications available from our shop about our history and our locos, as well as DVDs and videos. The "Refreshments and Souvenirs" section of the Visit Us page will give you more information about these.

We are planning to restart our train services on Sunday 2nd August. Please see this page for more details.

Meanwhile, why not look at the archive images that we are posting?