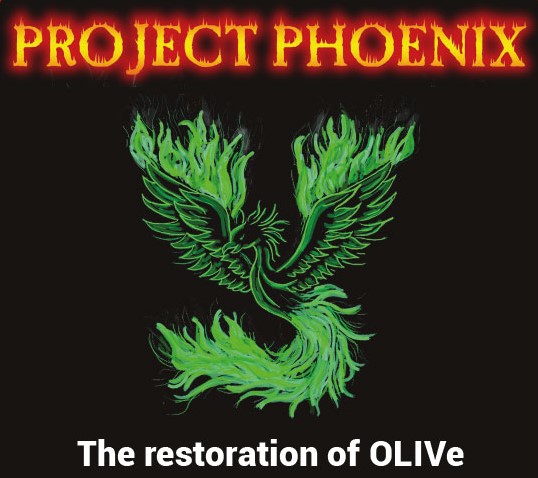 In February 2016 the EM2 Locomotive Society’s unique Railbus DB998901 OLIVe was vandalised in an arson attack at the Middleton Railway in Leeds. The results of this attack are shown in the picture below, taken while the Fire Brigade, who had been called by a neighbouring builders' merchants, were still on site. 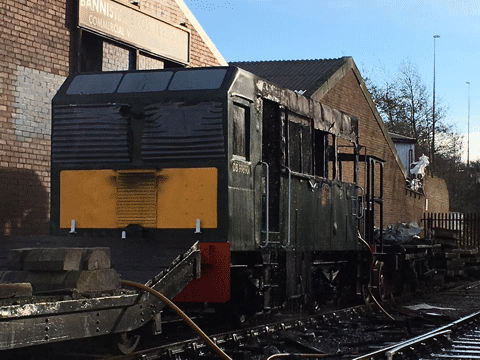 Thanks to the prompt action in calling the Fire Brigade, they had arrived and dealt with the fire before it could spread below floor level.  Consequently the mechanical side of the vehicle is relatively untouched, but as can be seen in the picture above damage to the bodywork is extensive, while the interior is completely gutted, as shown in the two pictures below. 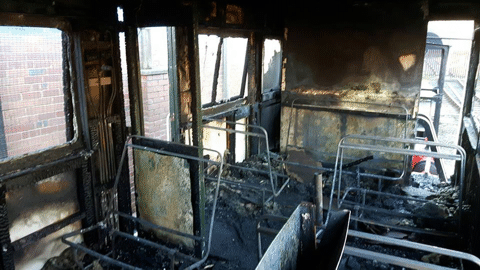 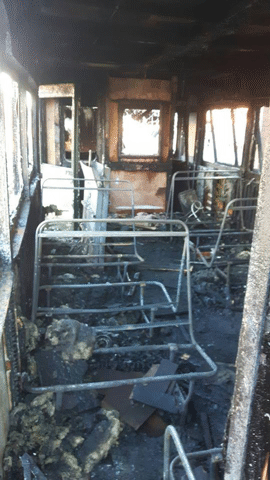 The timing of the attack was particularly unfortunate as during 2015 the vehicle had been transported to the Vintage Carriages Trust workshop at Ingrow where extensive bodywork repairs – funded by the EM2LS - had been undertaken before a repaint into BR green livery and a return to service at Middleton in late 2015.  The picture below shows OLIVe in its repainted condition, shortly after she had returned to Middleton. 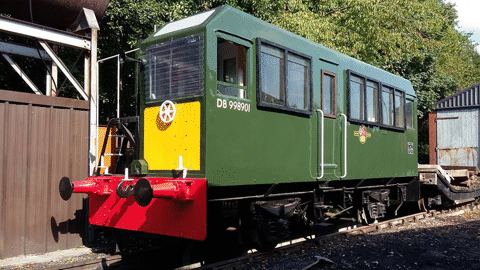 The EM2 Locomotive Society has consulted with the Vintage Carriages Trust and has agreed a restoration plan for this unique survivor.  It is intended that OLIVe will be transported to Ingrow in 2017 for professional bodywork repairs and replacement of all doors and windows.  The intention is then that she will be returned to Middleton for EM2LS volunteers and supporters to fit out the interior.

Whilst an insurance payment has been received the people who undertook this malicious vandalism have not been caught so the EM2LS – a UK registered charity, who also own locomotive 27000 "Electra" - is now faced with raising an additional amount of around £9,000 to enable all the necessary repair work to take place.   The Society had funded the bodywork repairs in 2015 so funds are now low and Olive is in much worse condition now than before the 2015 bodywork overhaul.

The EM2LS has therefore launched Project Phoenix to raise the £9,000 necessary to repair Olive, and bring her back to the condition that she was in at the end of the 2015 repairs.  Your help is very much needed, as if this project is unsuccessful then the future is potentially very bleak for this vehicle.

How You Can Help

If you are able to make a donation – however small – then details are available via either of the links below:

Either of the links above will open in a new tab or window in your browser.

Alternatively, you can donate by sending a cheque (payable to EM2 Locomotive Society) to 21 Harper Grove, Idle, Bradford, BD10 8NX.  Further information can be obtained from this address or by emailing <This email address is being protected from spambots. You need JavaScript enabled to view it.>.

And, of course, if you would like to help contribute practically to the restoration work, theEM2 Locomotive Society will be delighted to hear from you:  you can contact them by the same routes.